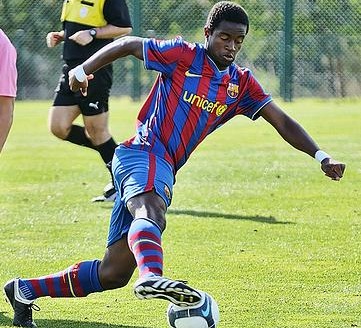 Barca chiefs were convinced Etock was destined for stardom, but AS says the 17 year-old is moving to Chelsea on a four-year contract.

Etock was brought to Europe from Cameroon by Samuel Eto’o’s soccer foundation and has been with Barca since he was 12.

Upon turning 18 next week, Etock will be confirmed as a Chelsea player.

The striker will spend next season on-loan at Sporting Lisbon before moving to Stamford Bridge for season 2012/13.